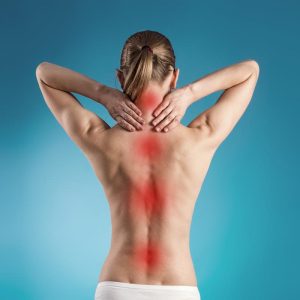 As I looked outside this morning from the window of my Monroeville Chiropractor office, I saw a few snowflakes mixed in with the rain. It dawned on me that were officially heading into the dreaded cold and flu season. In light of that, its vitally important to have your immune system functioning at a high level and what better way to do that than Chiropractic care.

The nervous system and immune system are hardwired and work together to create optimal responses for the body to adapt and heal appropriately. Neural dysfunctions due to spinal misalignments are stressful to the body and cause abnormal changes that lead to a poorly coordinated immune response. Chiropractic adjustments have been shown to boost the coordinated responses of the nervous system and immune system.

To better understand that, first some simple anatomy. The autonomic nervous system is hardwired into the lymphoid organs such as the spleen, thymus, lymph nodes, and bone marrow that produce the body’s immune response. Growing evidence is showing that immune function is regulated in part by the sympathetic division of the autonomic nervous system. Subluxation is the term for misalignments of the spine that cause compression and irritation of nerve pathways affecting organ systems of the body. According to researchers, such stressful conditions lead to altered measures of immune function & increased susceptibility to a variety of diseases.

You may be saying, Ok Dr. Brent, thats all well and wonderful, but how does that help me in the cold and flu season? Well here in my Penn Hills Chiropractor office, I analyze the spine for subluxations (the misalignments in your spine) and give corrective adjustments to reduce the stress on the nervous system. A 1992 research group found that when a thoracic adjustment was applied to a subluxated area the white blood cell count rose significantly. These white blood cells are your bodys natural defense to colds, flus, and infections.

In fact, this immune response was measured in a landmark study back in the 1970s. I wont bore you with the fine details, but a study was done by Ronald Pero, Ph.D., chief of cancer prevention research at New York’s Preventive Medicine Institute and professor in Environmental Health at NYU. He measured 107 individuals for his study and concluded that individuals who had received long-term Chiropractic care were shown to have a 200% greater immune competence than people who had not received chiropractic care, and a 400% greater immune competence than people with cancer or serious diseases. His exact words were, Chiropractic may optimize whatever genetic abilities you have so that you can fully resist serious disease…I have never seen a group other than this show a 200% increase over normal patients.

So you may think of a Monroeville Chiropractor as being able to help you with neck pain, headaches, etc., but dont discount the notion that we may be able to help you fight off colds and flus this year by keeping your immune system humming along at peak levels.