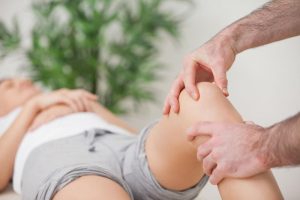 One common situation that arises daily in my Monroeville Chiropractor office is whether a patient should apply ice or heat onto a painful area. The medically-accepted general rule of thumb that you should only apply ice in acute situations (within 48 hours of onset) and then strictly heat after that isn’t exactly valid and can often lead to more prolonged discomfort and even worsening of symptoms.

The over-arching principle that I preach to the patients in my Penn Hills Chiropractor office is this: if the discomfort that you’re having is in what could be considered the belly of a muscle, and nothing else, use heat as it’s more of a tight muscle scenario. Everything else, use ice. Truthfully, I’m much more prone to tell a Chiropractic patient of mine to use ice than heat in most instances.

Most often the discomfort that I see in my Monroeville Chiropractor clinic, and that people deal with, is pain from inflammation on or around a joint, which is defined as where two or more bones come together.  This inflammation usually manifests itself as either straight up localized pain or discomfort or a diffused tenderness to the touch. This inflammation can be thought of, literally, as akin to bruising, like if you had a bruise on your ankle. The difference is that it’s not superficial; it’s deep on the joint.

The flipside to this is that if you apply heat to an already inflamed area, you’re increasing blood flow to the area and you’re going to create more inflammation and prolong your discomfort or even make it worse over time. I see this far too often.

For example, a new patient came to my Pittsburgh Chiropractor office last week. A week and a half prior, she had slept wrong on her neck and had an immense amount of soreness. After going to the local urgi-care center, she was diagnosed with a “muscle strain” and told to put heat on the area. Well after a week and a half of doing that, she was feeling worse and that’s when she came into my office. After some needed light Chiropractic adjusting, I told her to switch it up to using ice on her painful and tender areas (mind you also that this is now more than 2 weeks post onset, i.e. not acute) and now with only a few adjustments over a week’s time period, and by using ice, she’s near 80% improved already. She even remarked how much better she feels since switching to ice.

That’s just one example, and please realize that every case is different, but that case study happens much more often (literally 15:1) than the vice versa.

So please, think of where exactly you’re having the pain. Finding the root of the problem is paramount. After you think you’ve determined that, then you can make a better informed decision on whether to use ice or heat. That’s more valuable in the decision-making process than time from onset.
Thanks for reading!