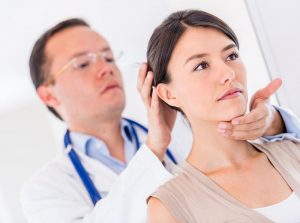 The proposed large soda ban in New York City has been making quite a splash in the news recently as it was struck down by a NY judge. Ive had a few wonderful 140-character or less discussions on Twitter about it, but as a lot of us know, conversations on Twitter are somewhat challenging when you have a lot to say.

Therefore, for what its worth, heres my 2 cents on the issue.

First of all, in no way am I saying that the rising national obesity isnt a problem. Its a huge problem not just for the overall health and well-being of people in this country, but because of that it’s a major contributing factor to rising health insurance costs. Obesity leads to a plethora of health issues. I do feel though that this soda ban, while having the right idea per se, is not the right way to go about getting people healthy and having them partake in more healthy eating/drinking.

For those that may not know, heres the context, and snippets, of the soda ban, from the NYT:

– The sale of any cup or bottle of sweetened drink larger than 16 fluid ounces about the size of a medium coffee, and smaller than a common soda bottle would be prohibited

– The measure would not apply to diet sodas, fruit juices, dairy-based drinks like milkshakes or lattes, or alcoholic beverages; it would not extend to beverages sold in grocery stores or convenience stores.

– Restaurants, delis, movie theater and ballpark concessions would be affected, because they are regulated by the health department. Carts on sidewalks and in Central Park would also be included, but not vending machines or newsstands that serve only a smattering of fresh food items.

– At fast-food chains, where sodas are often dispersed at self-serve fountains, restaurants would be required to hand out cup sizes of 16 ounces or less, regardless of whether a customer opts for a diet drink. But free refills and additional drink purchases would be allowed.

Ok, so a few points from me.

1.       How exactly does it help the obesity problem if its still ok to just keep getting refills of drinks at a restaurant? So essentially someone can still go into McDonalds and drink all the sugary soda they want, but its just unlimited refills of 16oz cups, instead of larger 20+oz cup sizes. Im sorry but that doesnt help anything. This picture here is simply a fantastic depiction of why the ban wouldn’t have helped anything.

2.       How effective is a ban if someone can still get larger than 16oz sodas at newsstands, grocery stores, and convenience stores? So a larger than 16oz soda is banned from sale at some places (restaurants etc.), but still ok at others? That doesnt help a thing. In NYC, with all the newsstands and convenience stores all over the place, its still very easy to get large sodas.

3.       If people want to, they can still eat the 1500-2000 calorie burgers from various eateries, but as long as their soda, which they get unlimited refills on mind you, is less than 16oz per cup its somehow ok? Thats absurd thinking.

Look, heres the key. The key is education, not legislation. Of course educating the public on whats bad for them is an uphill climb, and maybe a never-ending battle. All one has to do is look at the proliferation of tobacco for example. Education of the public on the ills of tobacco has been going on for decades, but a lot of folks still use it. Tobacco though is an addicting substance, soda isnt.

Thats how it should be done. Educate people to whats bad for them. Help them to see how its harmful and what the long-term effects are, no matter what the food or drink is, not just soda. A soda every now and then is ok, just dont go overboard with it and drink it all the time. The proposed soda ban really does have its heart in the right place with getting people to be healthier, but its application is folly.